What's one one-hundreth half uphill?

2019 marks the sixth annual Point 262, and every year we've offered both a competitive run and a fun run.

The competitive run is just as it sounds: a sanctioned, timed race managed by Bull City Running, with prizes going to the fast male and female runners.

The fun run follows, complete with costumes and shenanigans. Over the years, we've seen everything from a Mario Kart team to someone completing the entire run doing backflips. 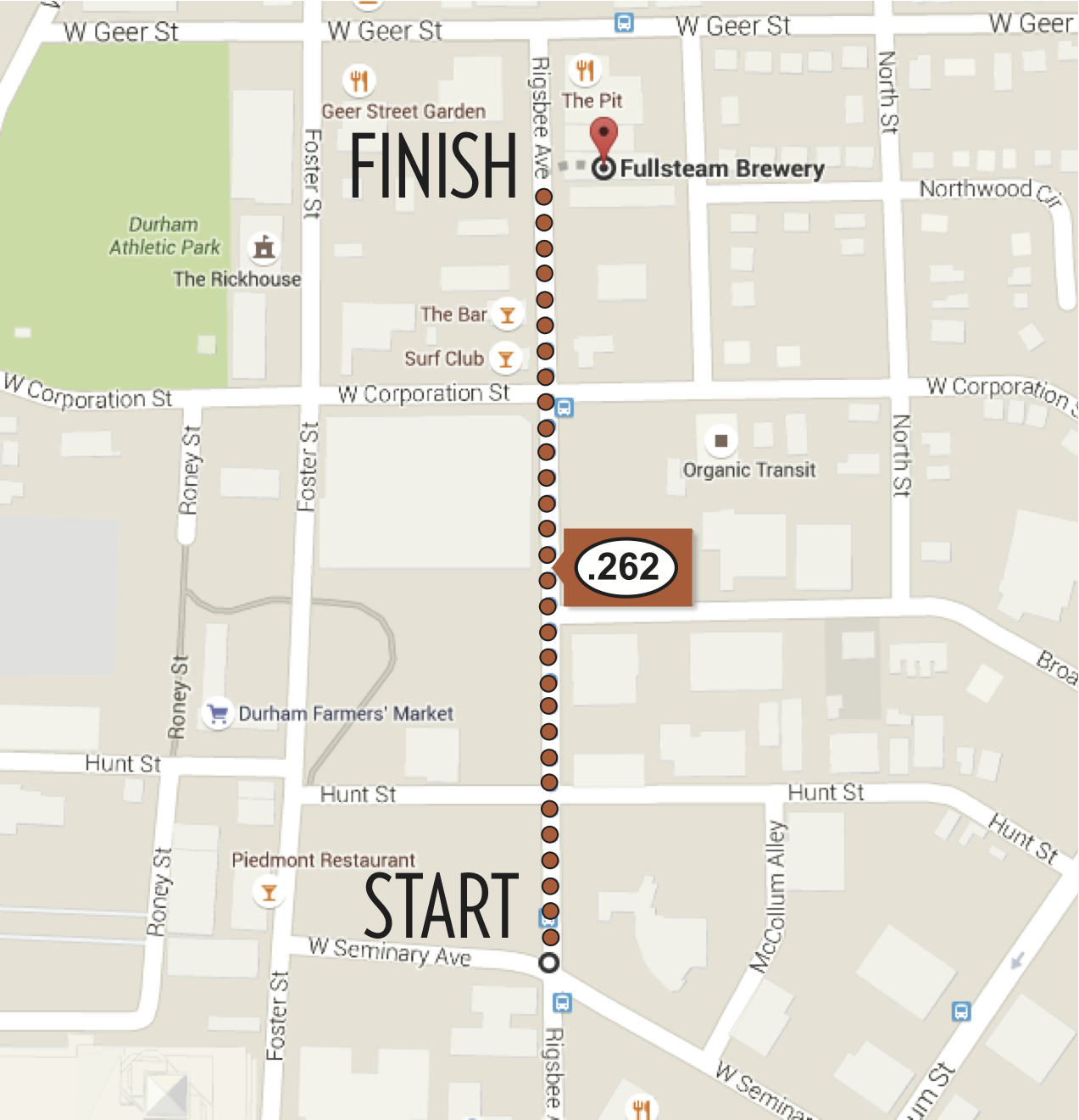